Tear in Colon of Young Adult Could Be Sign of Vascular EDS, Report Says 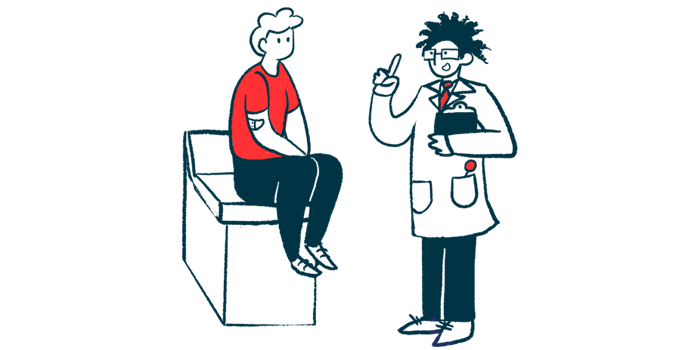 A spontaneous tear in the colon of an adult at younger ages could indicate vascular Ehlers-Danlos syndrome, a case study reports.

The case, “Total colectomy in Vascular Ehlers Danlos syndrome a case report and literature review” was published in the journal Annals of Medicine and Surgery.

Ehlers-Danlos syndrome (EDS) comprises a group of rare genetic disorders characterized by weakness in the connective tissue that provides structure and support through the body.

Vascular EDS (vEDS) is caused by mutations in the COL3A1 gene and is the most severe form of EDS. The COL3A1 gene contains the instructions to produce collagen type 3, a protein found in the connective tissue of the skin, lungs, and vascular system.

vEDS is characterized by thin, translucent skin and easy bruising along with fragile blood vessels. Common complications of the disease are the spontaneous rupture of blood vessels or a tear (perforation) in the wall of the colon (large intestine).

Researchers in Morocco described the case of a 27-year-old man who had a perforation of the colon, specifically in the last section of the bowel (sigmoid colon). As a result, he developed appendicitis (inflammation of the appendix) and peritonitis, inflammation of the tissue that lines the abdomen. His appendix had to be surgically removed and he also underwent a sigmoidal resection.

Analysis of colon tissue, however, revealed no signs of inflammation related to bowel disease.

“Colonic perforations are [an] uncommon” intestinal complication, the scientists wrote, noting they typically “occur in the context of diverticulitis in adults over 40 years of age or abdominal trauma.” (Diverticulitis is a disorder marked by inflammation or infection in the colon.)

He underwent surgery to remove a small part of the colon — 43 centimeters — and doctors performed a colostomy, in which part of the colon is diverted to an opening created in the abdomen, this opening is then led to a pouch for collecting feces. This type of procedure is usually temporary.

Examination of the resected tissue showed moderate signs of inflammation. A patient exam also now found thin and loose skin, a Madonna-like facial appearance (pinched nose, horizontal lips, prominent cheekbones, with sunken and dark circled eyes), and hyperlaxity of the small joints of his hands (meaning joints with a wider range of motion than usual). All these are typical signs of EDS.

Since the cause of the perforation remained unknown but the patient showed signs of weakened connective tissue, a genetic analysis was done. The man was found to have a mutation in the COL3A1 gene, and he was diagnosed with vEDS.

He underwent another surgery to remove his entire colon, and to join the last part of the small intestine (called the ileum) directly to the rectum. Postoperative and long term follow-up was uneventful, the scientists reported.

This case report highlights that while vEDS is a rare condition, clinicians should keep it in mind whenever a young person is admitted to a hospital with a spontaneous perforation of the colon and no immediate cause for it, the team noted.

vEDS is “a rare pathology, the diagnosis is difficult because of the ignorance of the pathology and the inaccessibility of genetic tests. However, it should be [kept] in mind when there is any spontaneous colonic perforation in the young people,” the researchers wrote.